about
I’m committed to explore new ways of visualizing sounds and vibrations. During the last years I have been dealing a lot with the theme of silence as well. Mainly amongst my work there were photograms and video installations:  Soundscapes (2017), Vibes in the city, (2017) Vibes around (2018), Sound of HZ Photograms (2018) and these works lead me to my master diploma work, Silence (2019).
In my work Silence, I make visible the acoustic world surrounds us. I built my masterpiece around silence because silence and its synonyms are always best illustrated by its binary opposition, which in the case of masterwork is the noisy city life itself. My masterpiece is an artist statement, which speaks of a personal silence that may vary from person to person. But more importantly about not being equally sensitive to different physical effects and most of all, is it possible to live in a modern society in the midst of an urban environment and enjoy a quiet spare time? In the masterpiece this is a dawn period, when everything is slowly calming down, everyone is retiring to sleep, and the water fountain’s sound splashing into the square, which could not prevail in the daytime.
medium
sounds formed into a video installation
location
Budapest, hungary
Consultant
Gábor Ősz, Gergely Szatmári
EXHIBITIONS
2019 » DIPLOM » Group graduating exhibition in Gallery FUGA
2019 » F F S _ N E W S _ P O P - U P in Gallery K.A.S » Budapest
​​​​​​​
process
I made further development on the equipment I used in my VIBES IN THE CITY project. Basically, it is a noise camera, the live sound makes the movement on the picture in an analogue way, as the camera is directly connected to a loudspeaker. Every scene can be calibrated with the sensitivity of an amplifier. The main development was also the portability and that different equipments were to be mounted onto the speaker surface, such as my phone and my camera.
The theme of the masterwork was developed in several phases. I have tested several noise points of Budapest, it ended up some incredible results, and the fact that near busy streets could be silent centrums. Even though in a busy urban life it is only accessible in the early hours of a day. Together with my consultants we concluded that it would be advisable to present an urban environment where the presence of a person makes it difficult to reach this quiet state and more importantly without focusing primarily on street traffic, which would lead to the meaning of noise pollution itself.​​​​​​​
For the final work I made a 24-hour filming and I concentrated on one scene. Amongst all the locations finally I have chosen a central based coordinate, which is also the middle and the heart of Budapest, a huge urban space - which is quite rare nowadays, it is also in front of a sacred space, St. Stephens Basilica. Time and sounds stop a bit on this huge square, it is traffic restricted area, not only tourists place but also a place for locals passing by. Without noise the camera remains static. 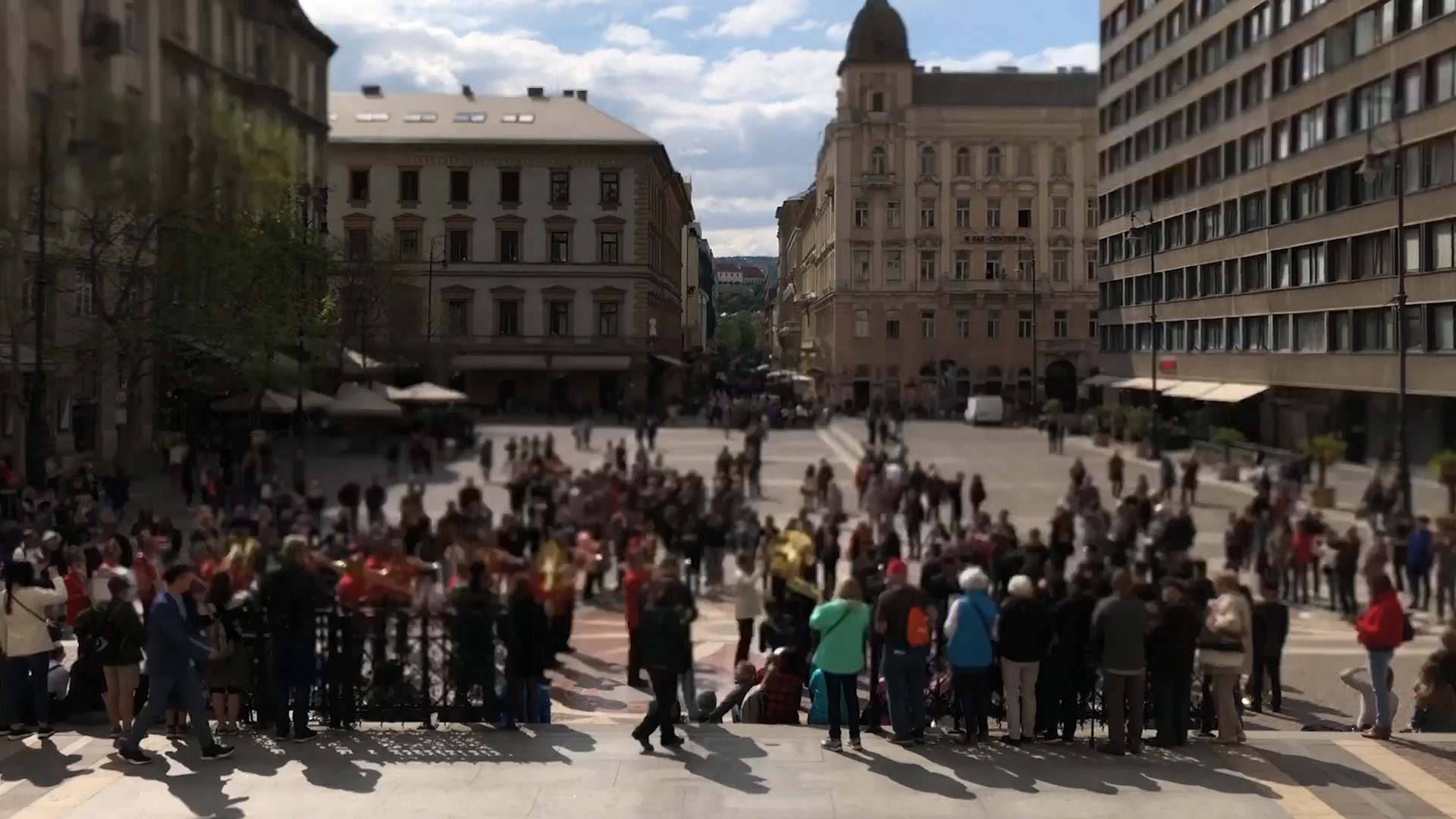 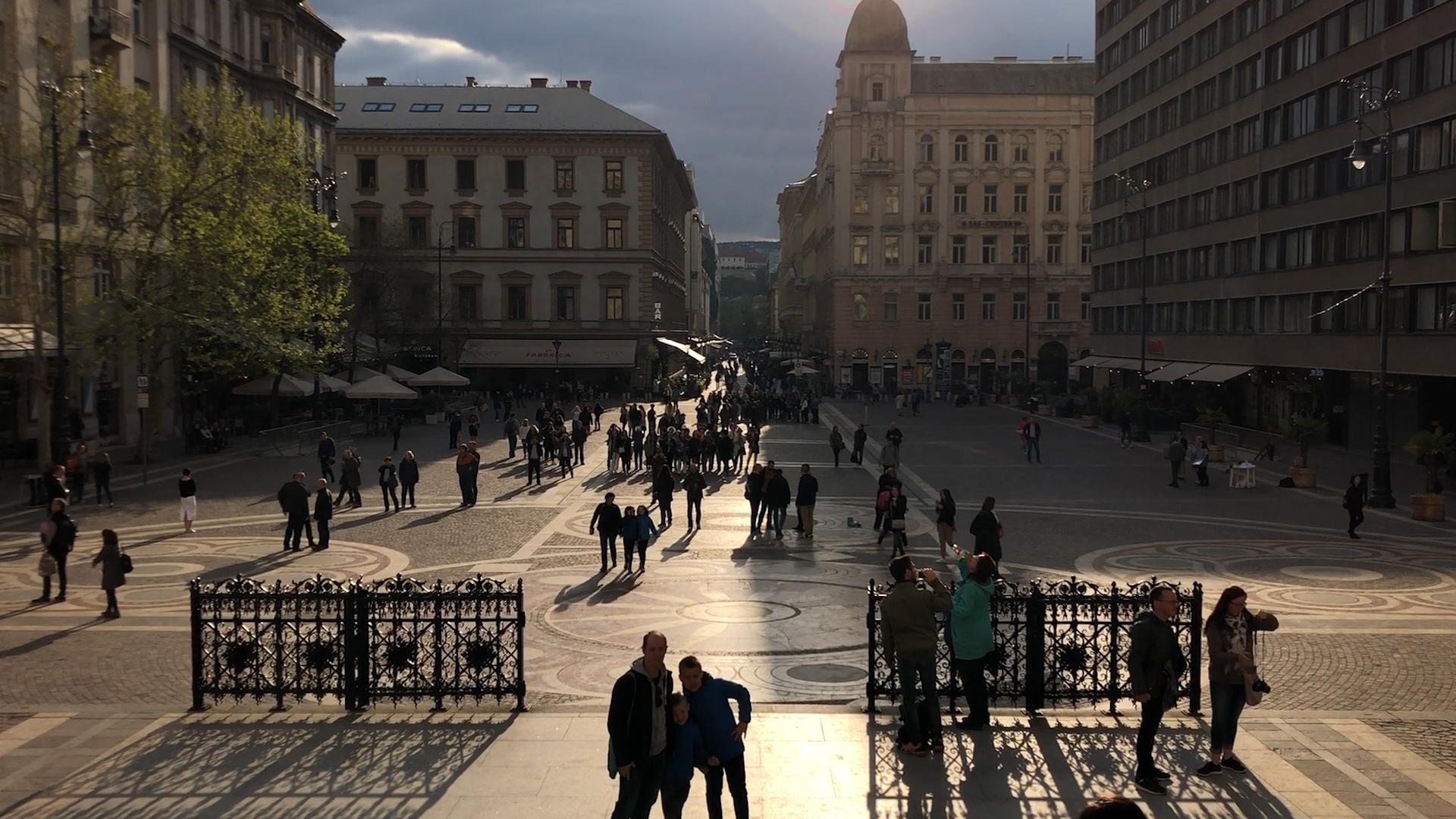 snapshots from the video installation 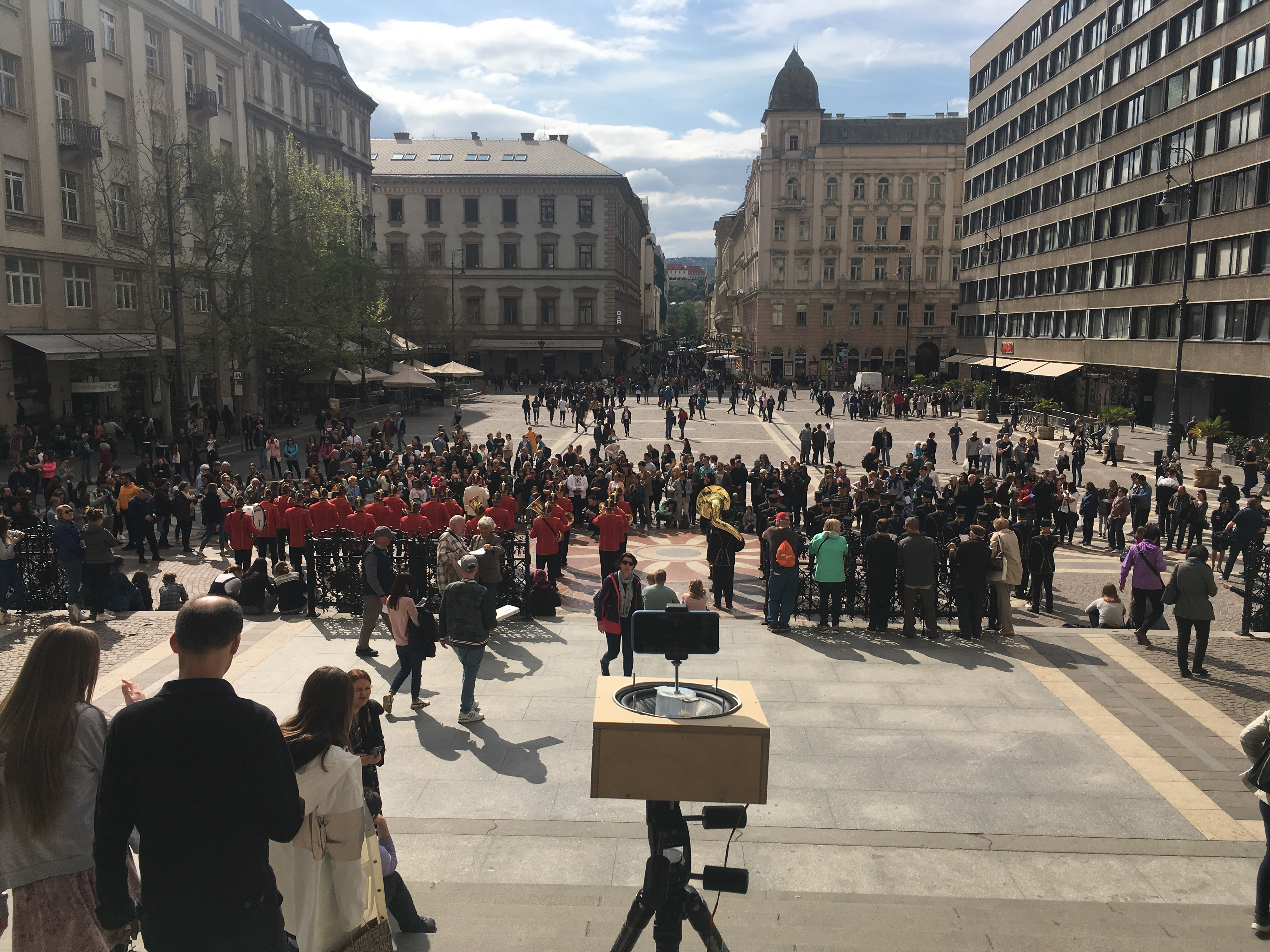 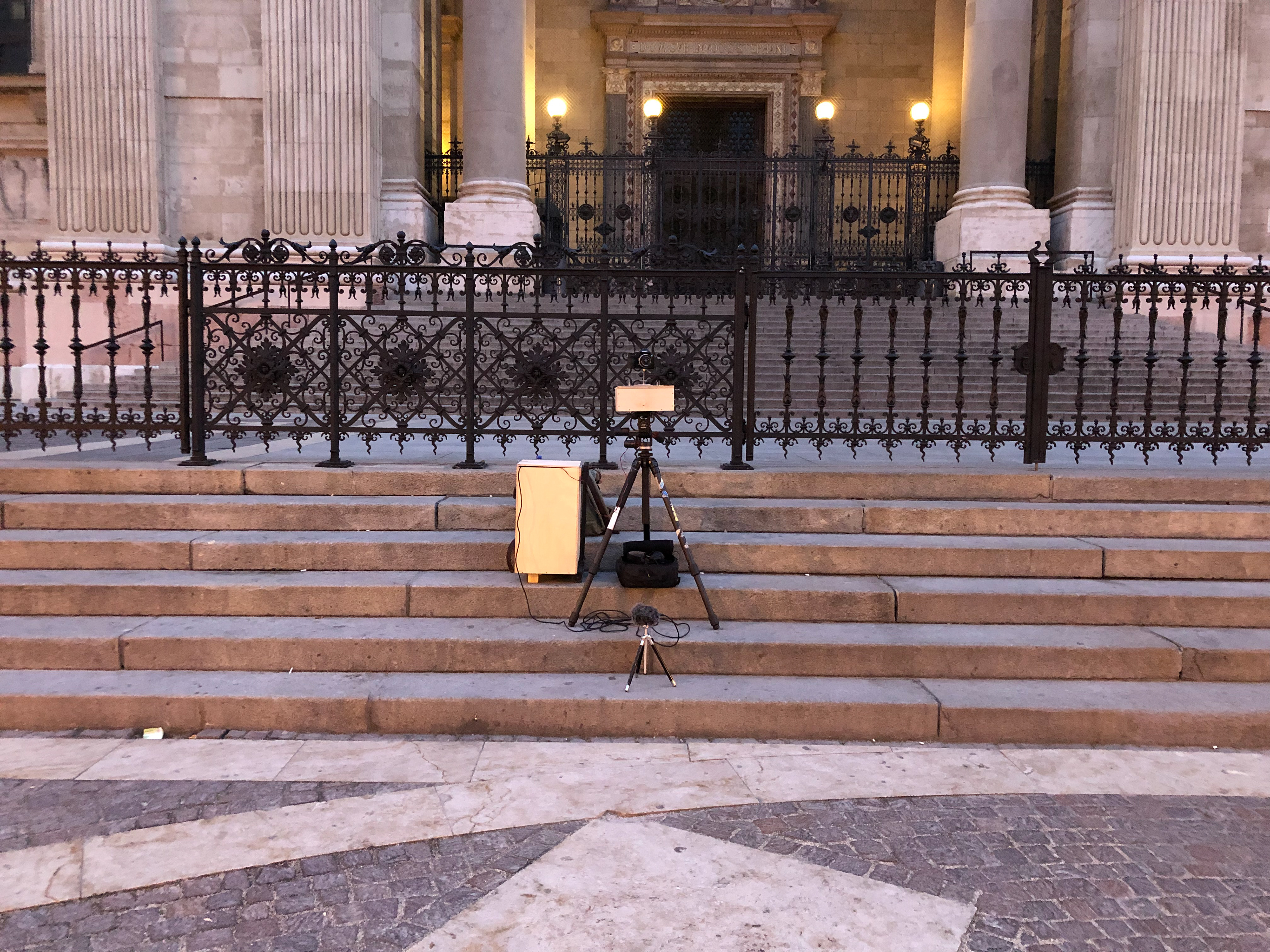 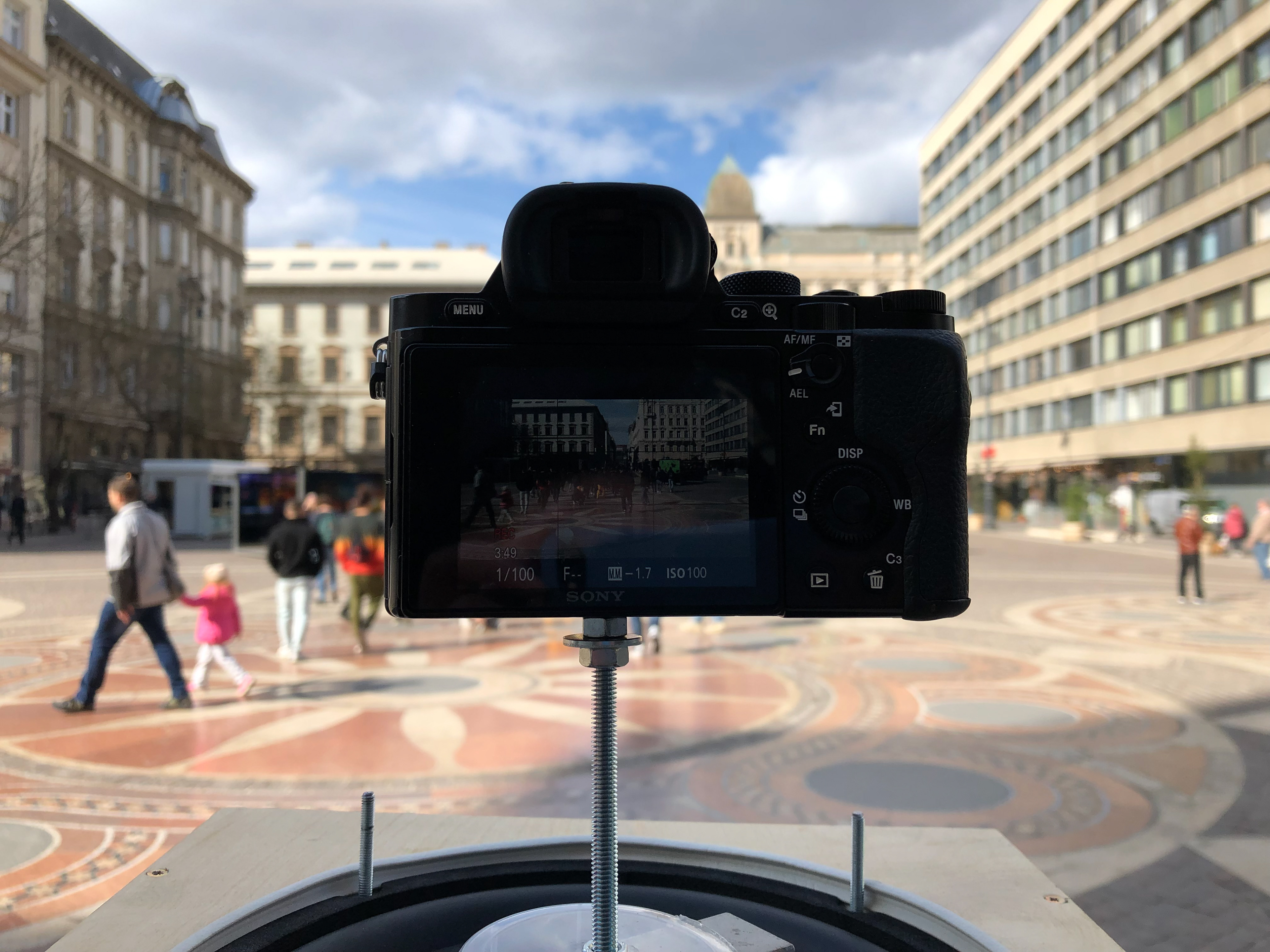 how it was made
Read the press release from PUNKT.HU 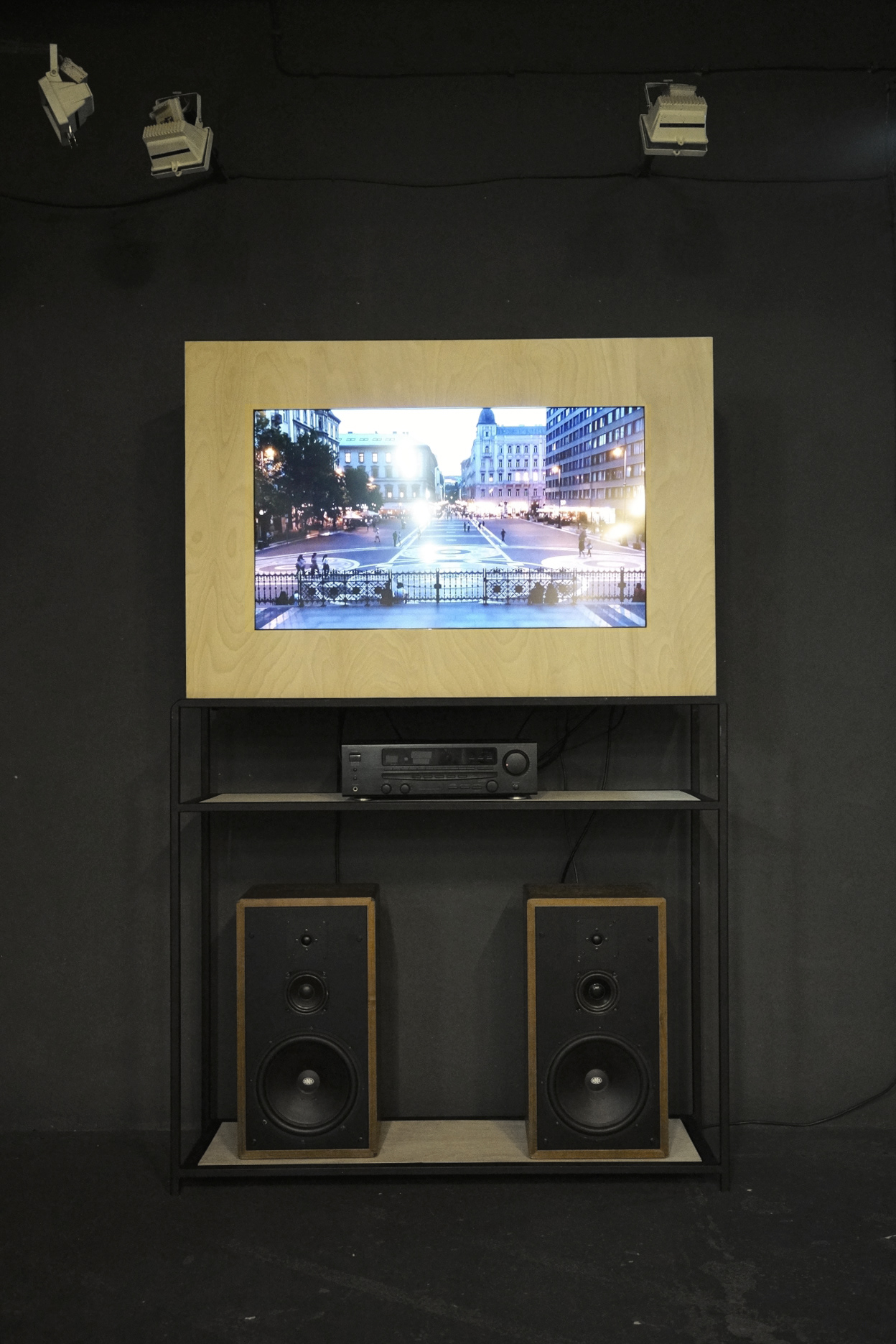 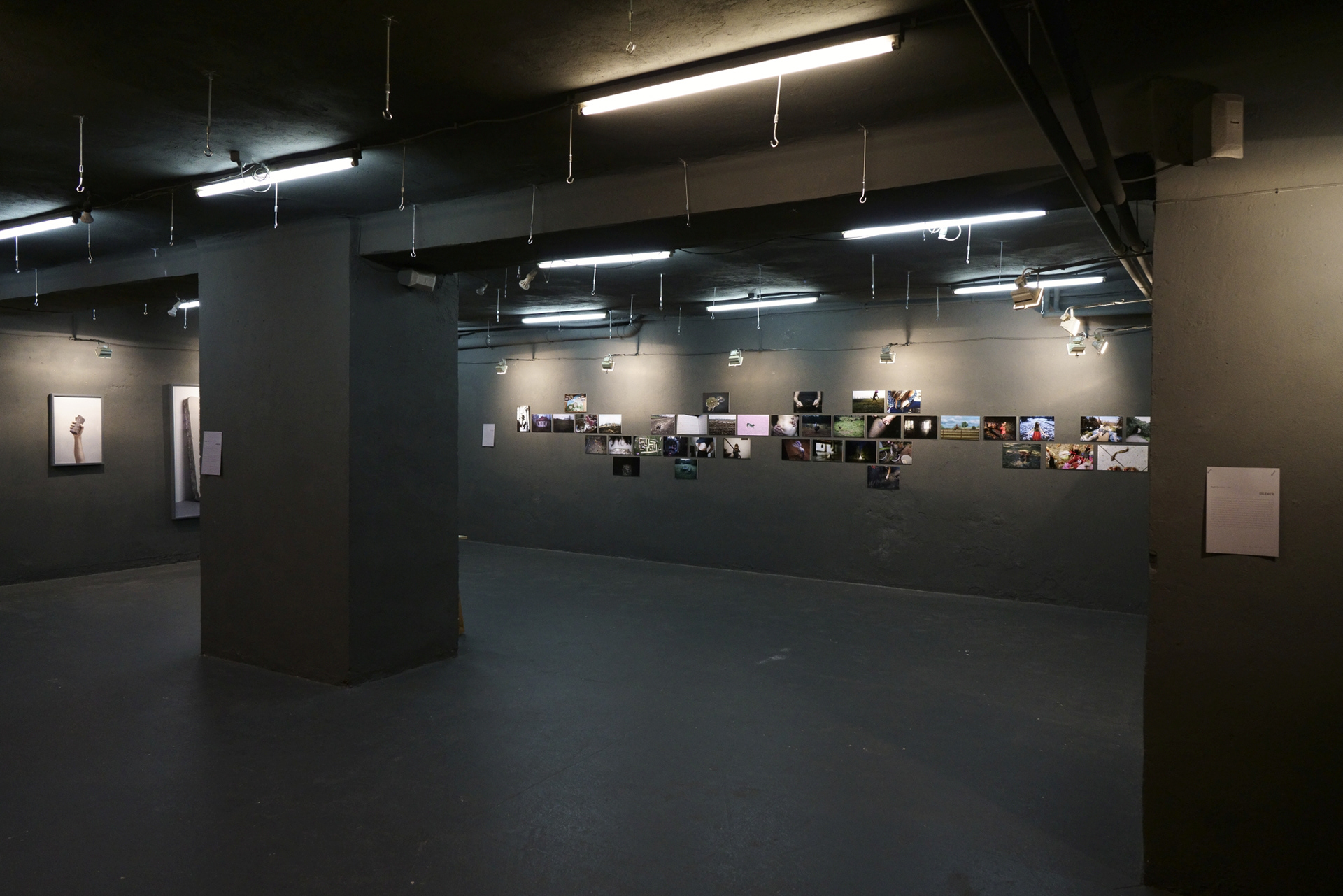 Group exhibition AT fuga gallery - Photos are From Punkt.hu
↑Back to Top