about
During my master’s in photography studies, I explored the relationship between visual and audio-based mediums. During the research stage, I was looking for the most basic forms of sounds and vibes. This led me to a phenomenon discovered by Ernst Chladni, the so called Chladni figures. This phenomenon is about those type of surfaces where different frequencies is forming geometrical forms with the help of another material - according to the principle of wave movements onto the surface. The frequencies used in my Chladni figures represent a type of pure sounds - frequencies, that not only reveal to us the geometric nature of the vibrations of the world that surrounds us, but also reveal something which surrounds and affects us that is invisible for the naked eye.
MEDIUM
6 x (49cmx49cm) giclée print mounted on aluminum dibond
sounds formed into video installations
Consultant
Gergely Szatmári
EXHIBITIONS
2019 » Christmas Fair of Studio of Young Photographers in Gallery K.A.S. and in My Museum Gallery » Budapest
2019 » Redefining Boundaries in Galerie FaVU » Brno
2020 » On Speaking Terms » Group exhibiton of the graduates of University Kaposvár in Gallery K.A.S. » Budapest

initial Process
The Hz-project was made as photograms as they can show us the progression of time in one single image. I first found a set of frequency which was generated digitally. I then used two materials, sand, and rice which I placed onto the surface of black and white photographic paper.  Under the time of the blow-up, the different resonant frequencies were resulting in temporal movement, that formed a spatial imprint on the light sensitive material. In the final stages I ended up digitalizing the unique photograms that was the result of this process and I took the images and formed them back into sounds again. The result is a video installation where we hear a cosmic sound, which is generated by a special software. This project examines the interoperable solutions between the different types of mediums. 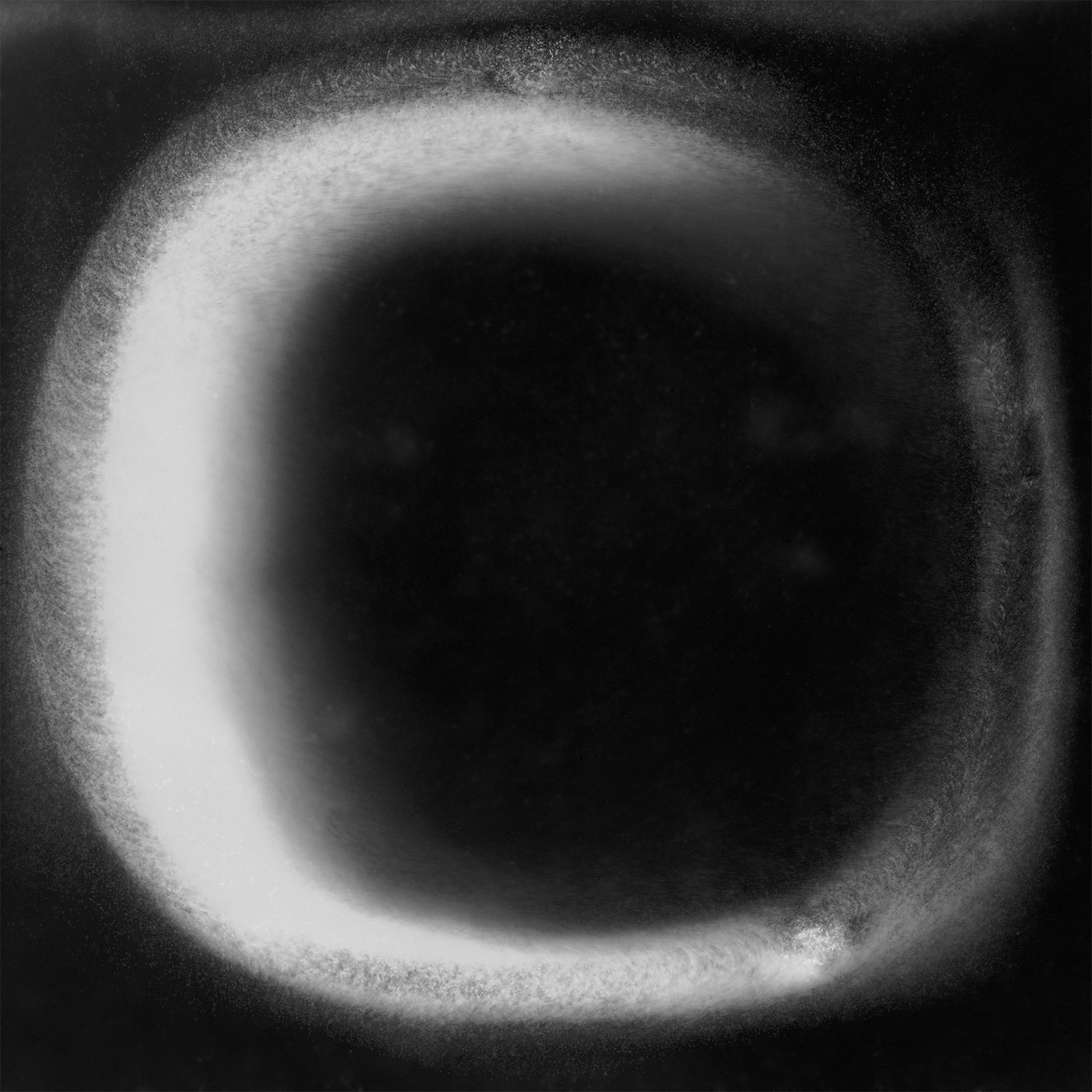 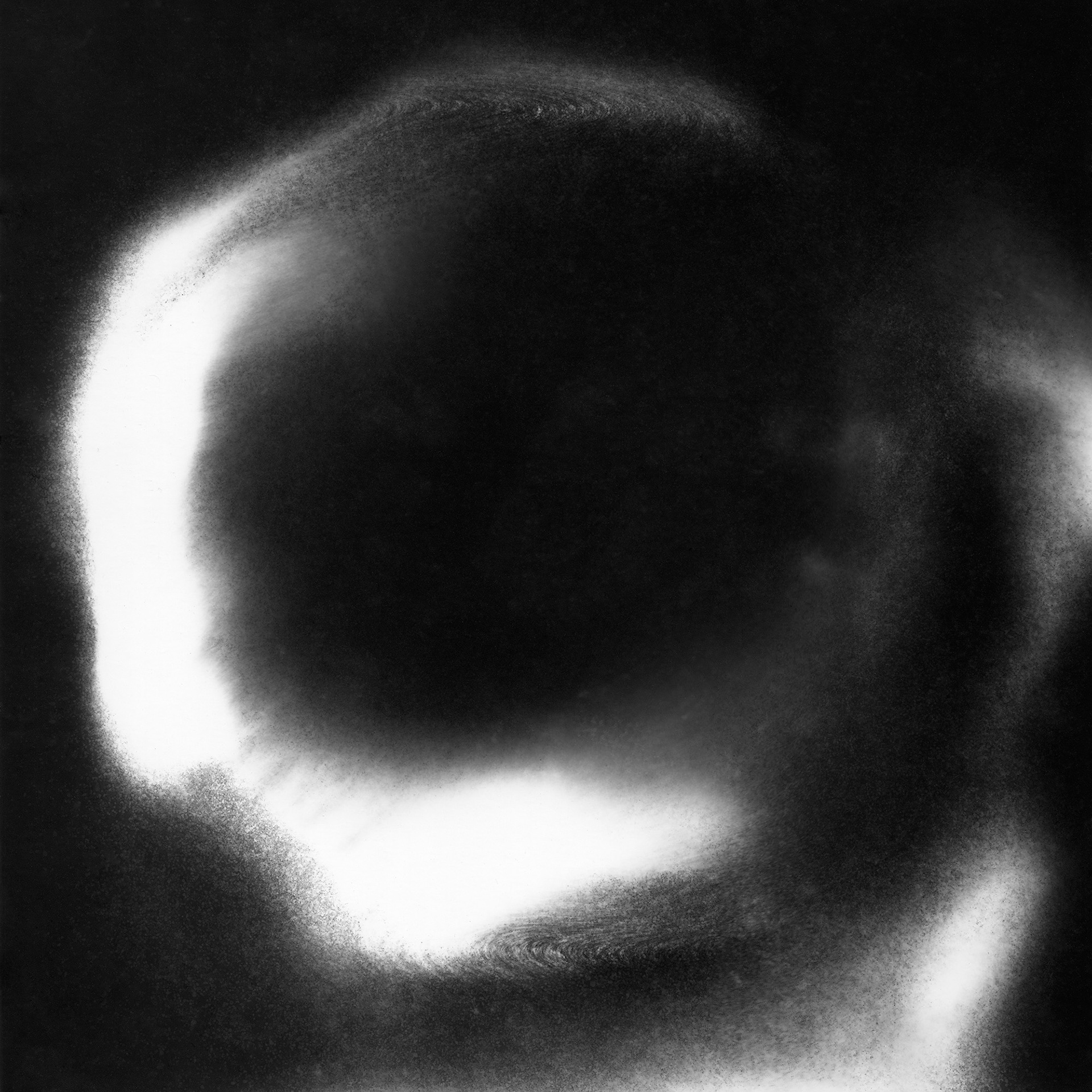 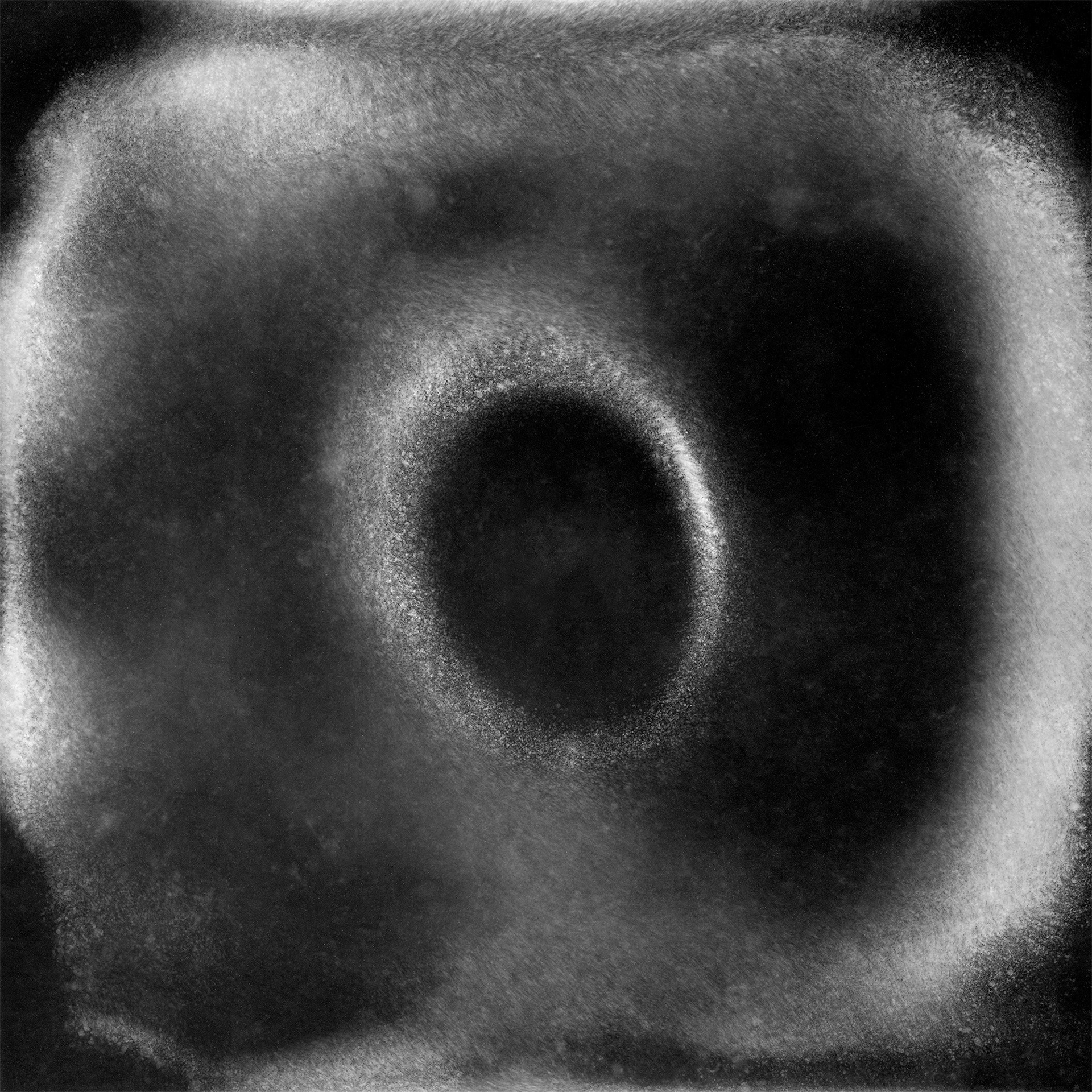 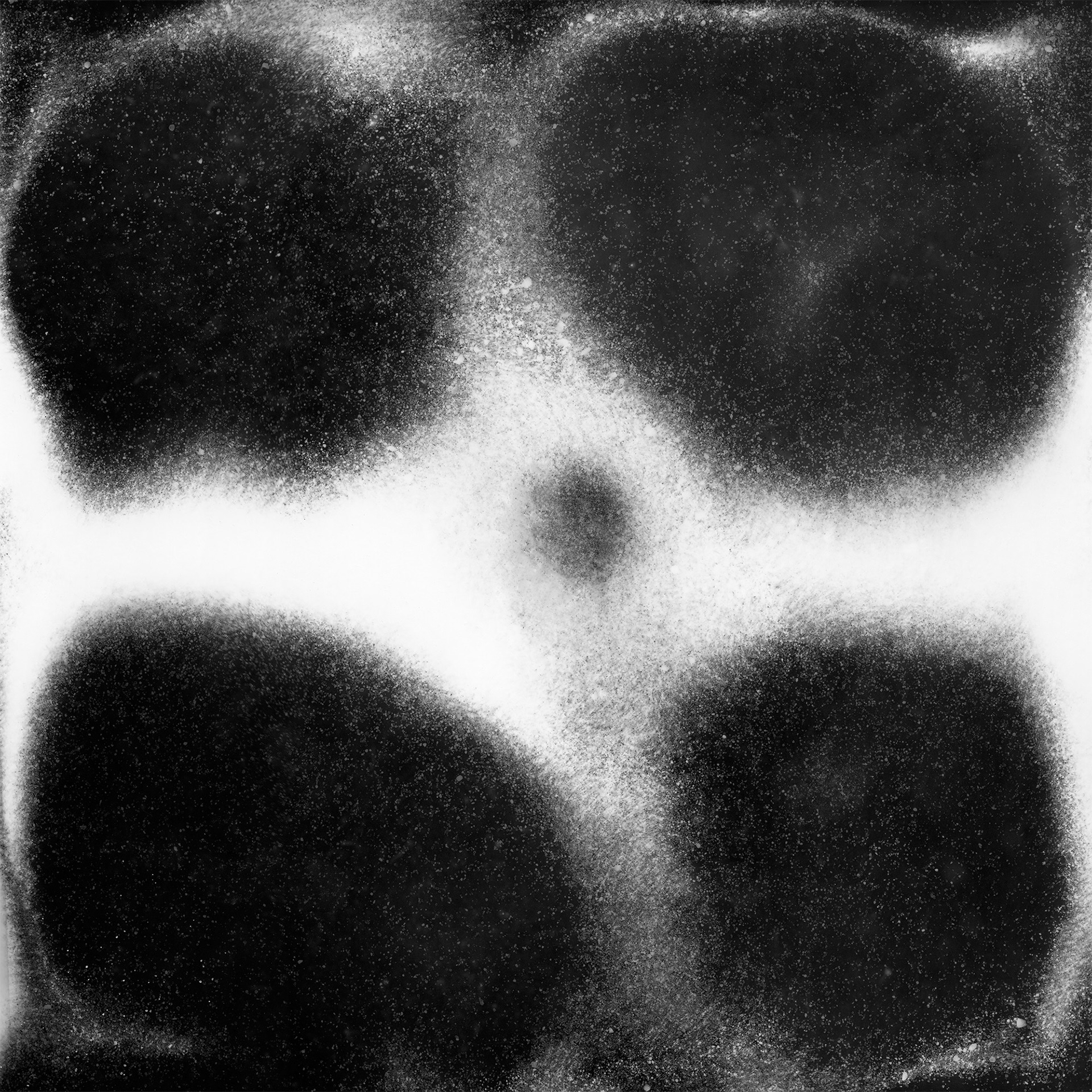 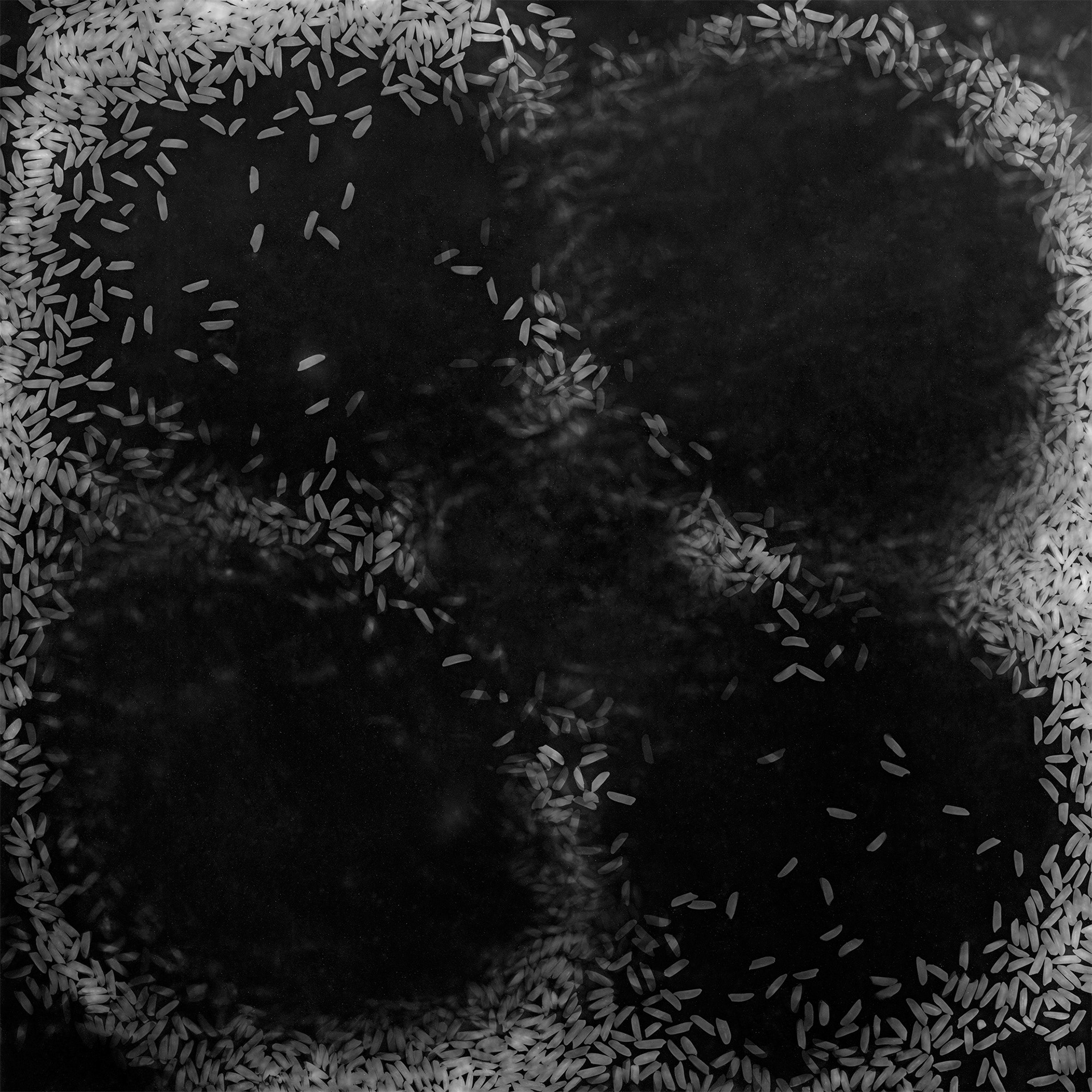 installation IN the university 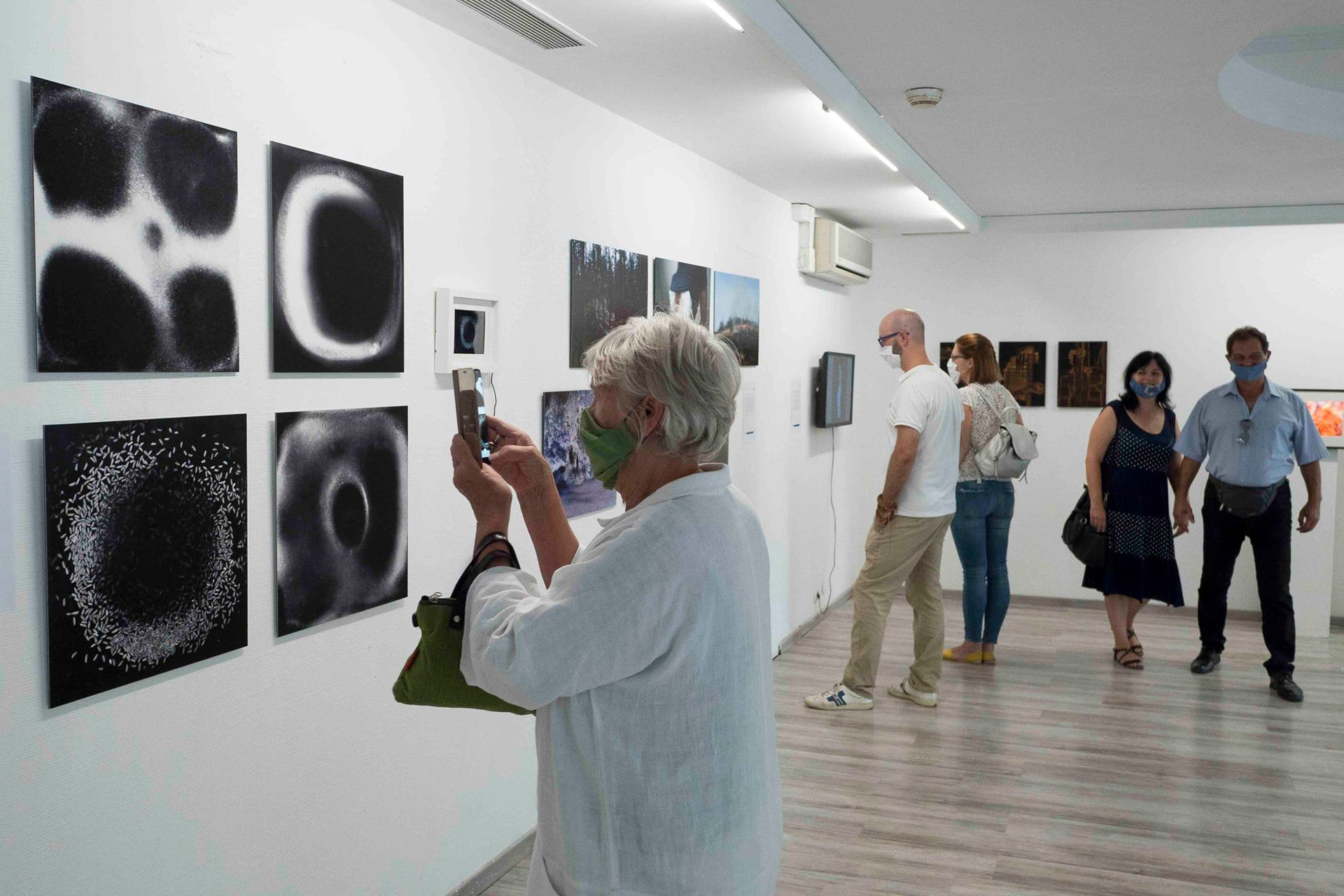 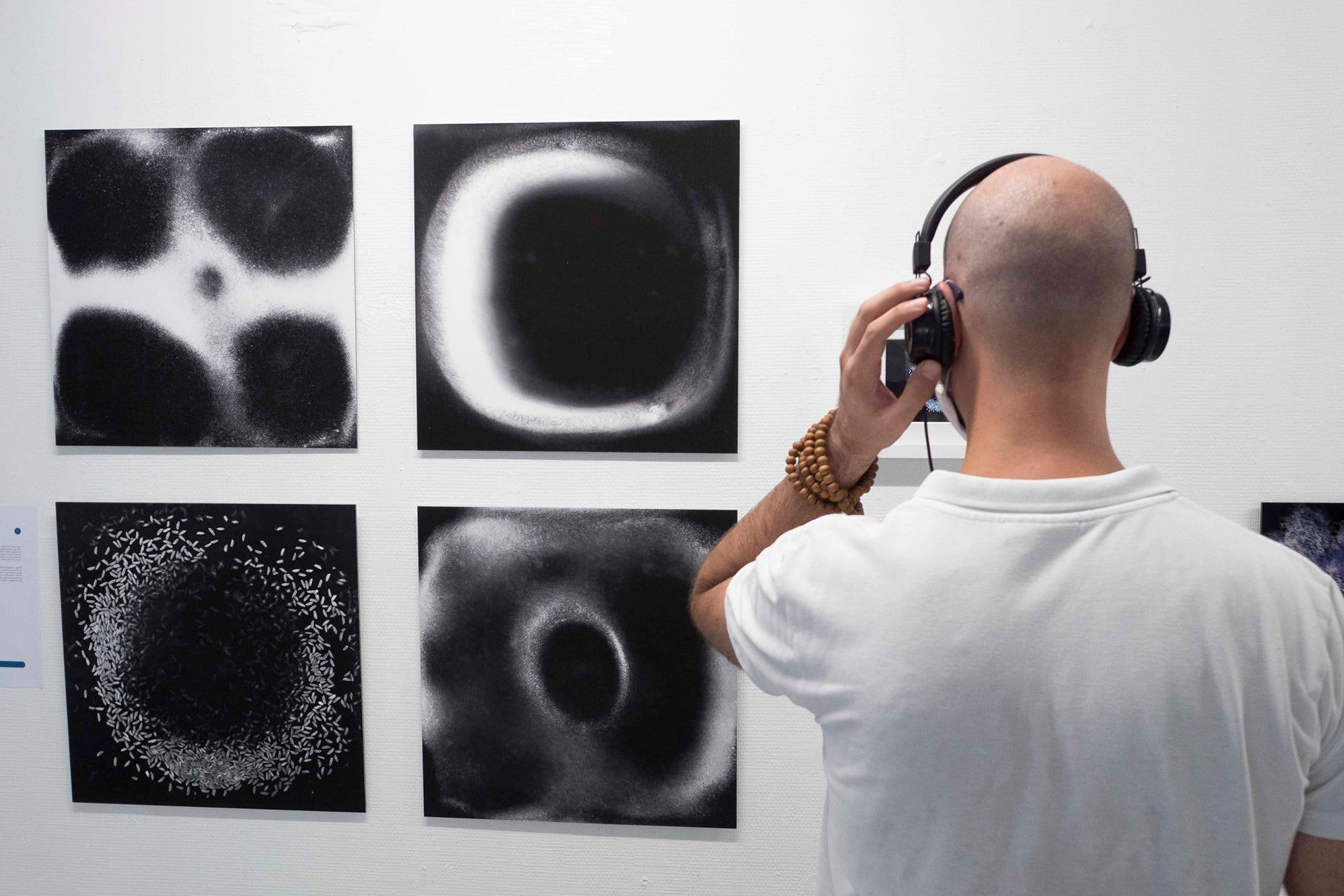 ON SPEAKING TERMS installation IN gallery k.a.s., budapest - hungary
In the initial process the exact number of the Hz was not that important. I focused on that subject in the third process.
Second Process
In the next phase I began to examine the human voice  and what would happen if we applied the temporal nature of real-life sound and words to the process.
I recorded a sound diary of one single day in my life. I then  used these sounds as a vibrating movement generator. In the resulting video you hear the sounds from that  day and see photograms that were achieved by exposing the selected sounds onto them for proximately between 20-40 seconds. In this phase the Chladni figures are not visible anymore because these sounds are more complex than a pure Hz sound. Instead, the results are strange forms that are a visualization of sounds unfolding over time.

.
third Process
In the third process I was experimenting with the Chladni figures based on a different concept: every human being has a limit in his or her hearing which could be defined as the point of silence of that human being. This point of silence is unique and different to each person and changes as we age. I used the same technique described in the initial process, here you can see the result of my grandmother‘s point of silence, the first is around 2100Hz with a normal decibel. The second result is around 4200Hz with doubling the number of the decibels. ​​​​​​​